My four-year-old son was silently struggling for his life near the edge of a swimming pool filled with people, and no one knew it… including me.

It happened so quickly.

I had just taken my little guy’s life jacket off so he could run into the house and go to the bathroom.

The pool party we were attending was starting to wind down and my mind was preoccupied with our after party plans. I wanted to call my husband to confirm our dinner arrangements. Just then, my son tugged at my arm.

“Mom, will you come back into the water with me?!” He said sweetly.

“Sure, buddy. Just give me one second. I need to call your daddy.” I replied distractedly.

I knew that there would be no time to call Chad once I got back into the water. So I turned my back for a moment, quickly digging through my bag.

Triumphantly, I pulled my cell phone from the piles of discarded clothes and beach towels. I impatiently scrolled through my contact list until I found my husband’s name, pressed the call button, and waited for the familiar sound of Chad’s voice.

Much to my dismay, my phone call would not connect. I knew I had dialed the number, but before I could say hello, the call just dropped.

Irritated, I prepared to try Chad again. Just as I was about to push the dial button, however, I felt a gentle, yet urgent nudge, to look for my son.

Instantly my eyes went to the pool. It was bustling with activity. Kids were splashing, laughing, and bobbing up and down in the water. I saw a father tossing his children into the air. It was a perfect picture of Minnesota summer fun.

But in the midst of the amusement, my young son was fighting a losing battle as he desperately strained for a crucial breath of air.

I saw him struggling just under the surface of the water, only a few feet away from the edge of the pool. His little arms were paddling frantically, but were not strong enough to lift his face up out of the water. Terrified blue eyes stared up at me. His little mouth was open wide, crying for help, but no one could hear his silent scream.

It took a second for my mind to actually register what I was seeing, but once I realized my son was in serious distress, I knew there wasn’t a moment to lose. I yelled at the man in the pool as I tossed my phone to the side and lunged towards the water.

As I stretched into the pool, I was just able to reach him under one arm and lift him out of the water and into my firm embrace. My son coughed and sputtered, cried, and clung fiercely to me.

“I was sinking to the bottom,” he sobbed into my shoulder.

“I am so sorry, buddy! You’re safe now.” I soothed, hugging him tightly until his tears finally subsided.

I honestly can’t tell you how long he was wrestling in the pool, but it was long enough for him to know that he was in trouble. He told me later that he was crying under the water, and although other kids saw him, no one helped him.

What a heart-breaking thing for this mama to hear. It was an awful feeling knowing that my child was in such a traumatic situation that could have been avoided if I hadn’t been momentarily distracted.

Sadly, momentary distractions are often a major factor in accidental drownings, especially for young children. Drowning can happen quickly and quietly. According to the CDC, children ages 1-4 years have the highest drowning rates in the United States, and drowning is the second leading cause of unintentional-injury death, behind motor vehicle crashes, for children ages 1-14 years.

As scary as this circumstance was, I am so thankful that we had a happy ending. It is my hope that this story will help others to be more aware and alert anytime they are playing near the water.

Of course, our story wouldn’t be complete if I didn’t give praise to our Heavenly Father. I absolutely believe that God intervened in this event.

I don’t think it was just coincidence that my phone call disconnected at just the right moment.   I know that if I had gotten ahold of my husband, I would have been tied up in a conversation that would have eaten up precious time that my son didn’t have.

And that gentle but firm urge to look for my son was much more than just a mother’s intuition. God can and does speak into our lives, and I firmly believe that this was a prompting from the Holy Spirit.   Last but not least, somehow, in the midst of this terrifying experience, I was uncharacteristically calm and decisive.   I knew just what to do and was filled with a “peace that passes understanding.”

I am beyond grateful that what could have been an unimaginable tragedy was instead just a huge wake-up call. It was an important reminder to keep my phone in my bag and my eyes firmly fixed on my children whenever we are around water. It inspired me to hug my kids a little closer and appreciate our moments together. But it was also a confirmation that I serve a gracious God who cares for us, and can be trusted, even in the most stressful and unexpected circumstances.

Cast all your anxiety on him because he cares for you. 1 Peter 5:7 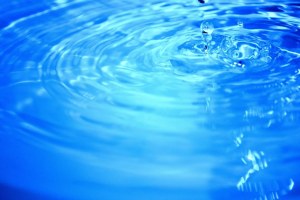 5 thoughts on “A Fatal Distraction”